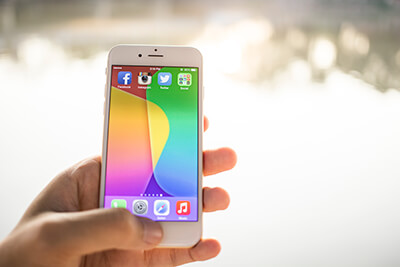 First off, I’m an Apple fan from way back. I have an original Mac Plus that still works. The first versions that didn’t have a hard drive and you had to swap the floppies. You can’t really do anything productive on it, but it’s still cool to play with every now and then and just marvel at how far things have come. I also have the first white Macbook that was released and it works like a champ to this day.

I was really hoping the new line of iPhones would have the fingerprint sensor back as an option. After reading about the technologies that allows for the sensor to sit under the glass so the home button would no longer be needed, I thought for sure it was coming back.

The iPhone 8+ is what I use now and based on the new releases of iPhones, I won’t be upgrading anytime soon.

If the phone doesn’t have a finger print sensor on it, I’m not going to buy that phone. And, after using an iPhone since I first bought an iPhone 3, that’s a big change for me. I had used a first edition Galaxy droid prior to buying the iPhone, and once I got the iPhone I never looked back.

I have to have a finger print sensor. There are many times I need to steal a glance at my phone without making it obvious and having to position the phone to read my face is not going to work for me. It’s so convenient to just place your thumb and open the screen.

If by the next iPhone release cycle they have not re-introduced the finger print sensor, then I’m going to be trying some of the newer Droid phones that offer the sensor. I don’t want to buy a droid but if Apple is going to ignore my needs after having trained me to use that sensor for so many years, then they just lost a customer.

This entry was posted on Monday, September 17th, 2018 at 5:24 am and is filed under Misc Web Design
This post was written by admin